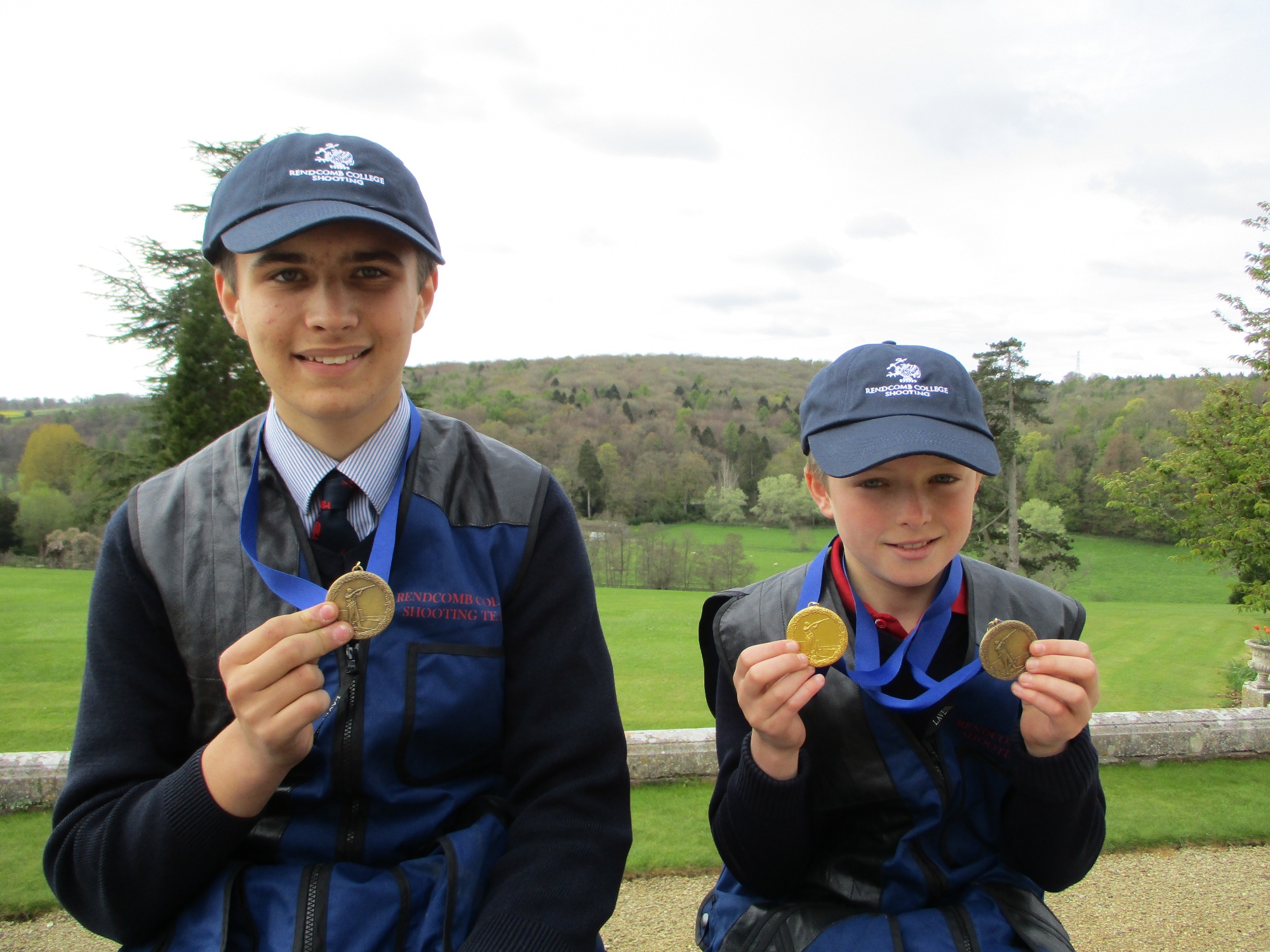 Rendcomb College Junior School pupil, 11-year-old Oliver Stanley, was the youngest shot at the event and he teamed up with 14-year-old pupil Matthew Krenik to win the overall bronze medal for the  Down the Line, Skeet and Sporting Target events. Oliver was also awarded a special individual gold medal for outstanding shooting for his age – an award given spontaneously on the day by the organisers.

"Rendcomb's young shooting athletes epitomise what British Shooting is looking for; commitment, united as a team, responsible and enthusiastic."

He continued: “Rendcomb were a delight to have at the event and I hope that the team will make a regular appearance at British Shooting events. The Schools' Olympic Challenge is an opportunity for British Shooting to identify talent and, most importantly, encourage the shotgun shooting disciplines within the Schools' community.”

Of the 25 teams who took part in the day, Rendcomb's team of Matthew and Oliver finished in third and, the second team of Robert and Maddy came fourteenth; a highly commendable result particularly given that two of the disciplines were new to the pupils on the day. Competing under Olympic rules and scoring, the teams went through 25 sporting targets, 25 skeet and 25 Down the Line (DTL).

Rendcomb’s shooting coach, Pete Cairns said: “The Rendcomb pupils were against some of the best young shots from around the country. To come third and fourteenth is an incredible achievement. The way our pupils conducted themselves on the day was exceptional and they remained calm and collected when competing in the new disciplines.”

The teams participate in approximately 12 competitions per year and this year, hosted the first event at the College which was a resounding success. Tomorrow, 28 April, the Junior School teams will compete in the IAPS Clay Shooting Event at the West London Shooting School, and next weekend they will head to Bedfordshire for the British Schools and Young Shots Championships.