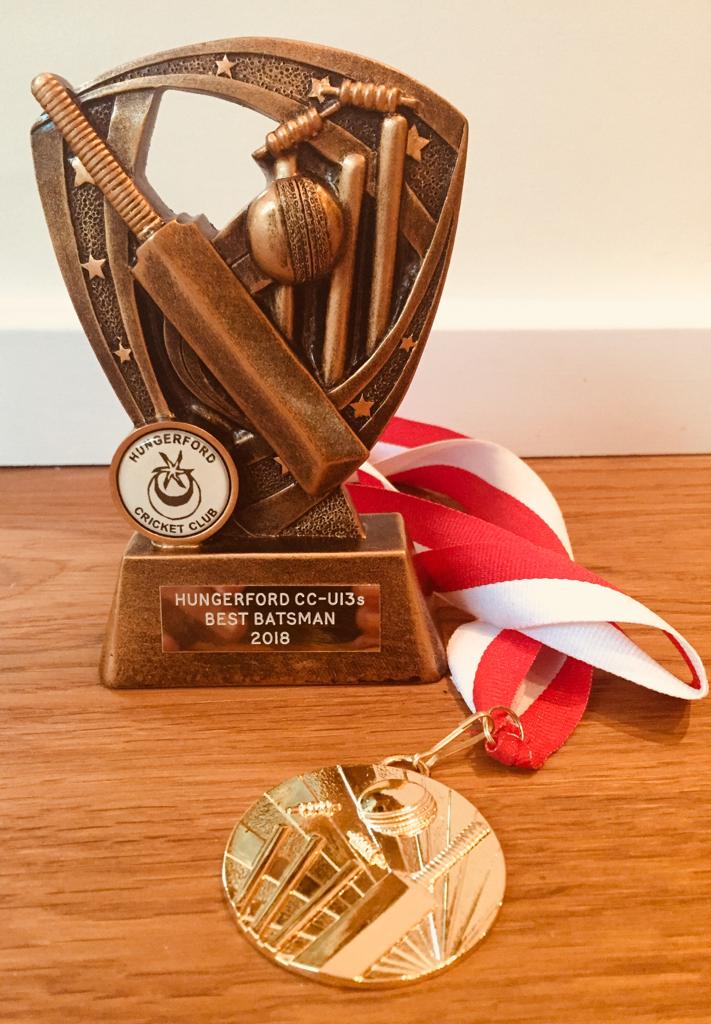 Promising cricket talent, Jasper, spent the summer playing for Hungerford Cricket Club U13 in the Berkshire Youth Cricket League U13 West competition, and was even called up to play two age grades higher in the U15 team.

Jasper’s batting skills were on show throughout both the league and the cup campaigns averaging over 50 runs a game for the U13 and scoring over 20% of the teams runs in the season.

His prolific scoring earnt him the Best Batsman of the Season award for not only his achievement as highest run scorer, but for his ability to stay at the crease and build an innings.

Jasper was also commended by his coaches for the support he gave younger members of the team who had been asked to play in more advanced age groups.

Lead Sports Coach and Co-ordinator, Mr Matt Walton, said: “We are extremely pleased for Jasper and his achievement this season. It is fantastic that he was able to back up his successful season at Rendcomb as the leading batsman and contributed significantly to a highly talented cricket team, leading the way throughout the term. Well done to Jasper and we look forward to seeing him improve further in the coming season."