Year 4 at Rendcomb College Junior School had a taste of Senior School life this week as they took part in a taster day to experience a number of classes and activities including Sports, Design and Technology and German.

They started the day trying their hand at Hockey and Lacrosse with Sports Coaches, Miss Aimee Ratapana and Miss Vicki Moulder, learning new skills and taking part in a mini competition.

Miss Ratapana Said: “There is so much sporting potential in the year group. We look forward to coaching them all regularly when they move up to the Senior School.”

Head of Design and Technology, Mr Marc Silverthorn, gave the pupils a taste of what to expect in his lessons, learning about Leonardo Da Vinci and the history of flight. They designed their own gliders out of paper and wood and, with the assistance of next year’s Deputy Head Boy, Thomas Finch, flew them outside to see how effective their designs were. 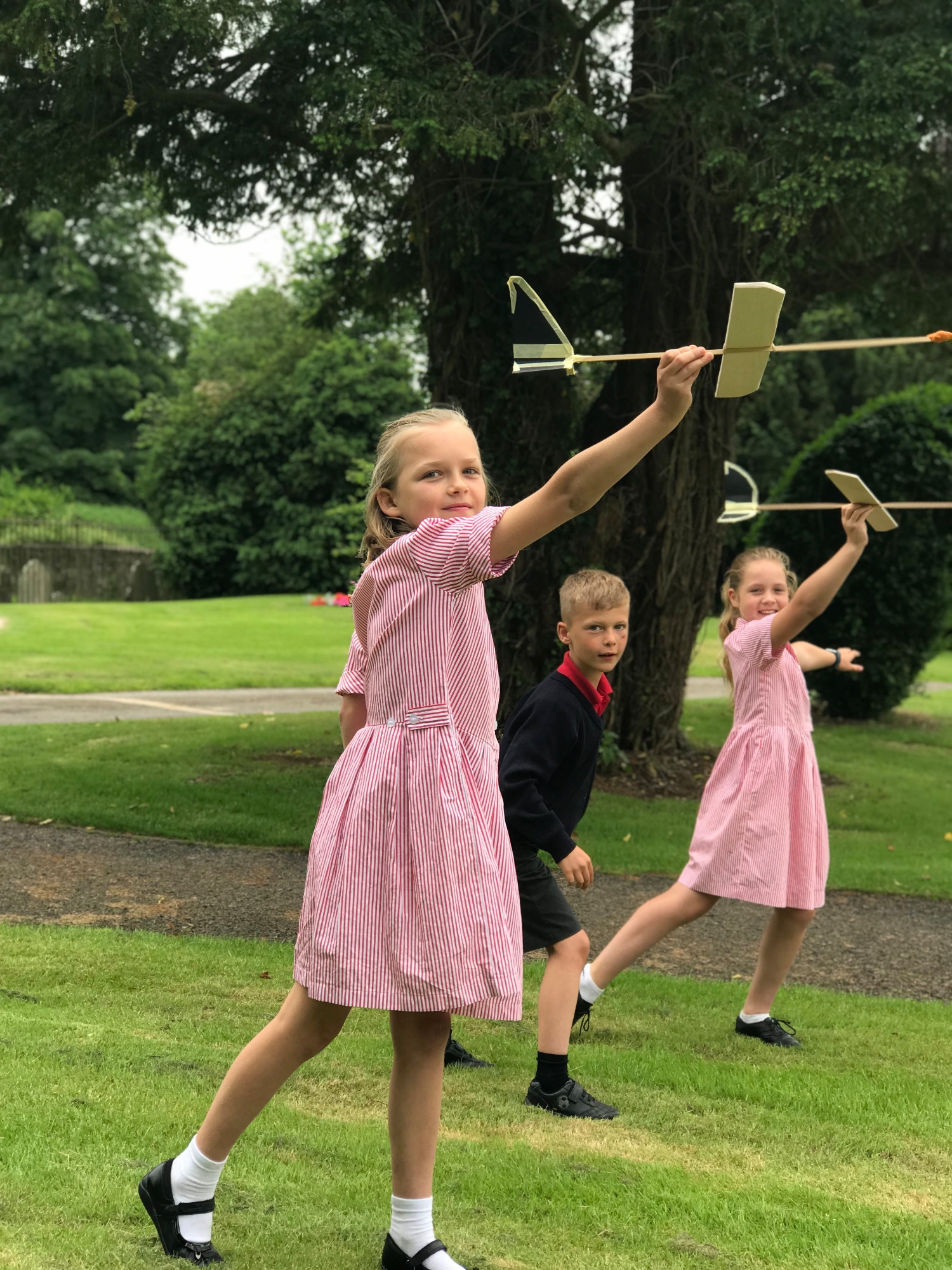 Finally, pupils got to learn a new language with Head of German, Mrs Rachel Fielding. Pupils were asked to conduct a conversation in German which would be filmed and shown to each other at the end of the day.

Mrs Fielding said: “They were really good at their pronunciation. Some of the pupils sounded like they were actually from Germany!”

Rendcomb College puts an emphasis on preparing pupils for their ‘next step’, giving them knowledge of what to expect in Senior School, Sixth Form and beyond as they progress through the school. We look to broaden their horizons and give each pupil the best

opportunity possible to be successful in whatever they choose to move forward with.

In addition to taster days for our Junior School pupils, our Sixth Form also experience a taste of what’s to come when they spend a week living in Garden House, our on-site independent living house, which is used to prepare all Sixth Form students for university life and life after school.