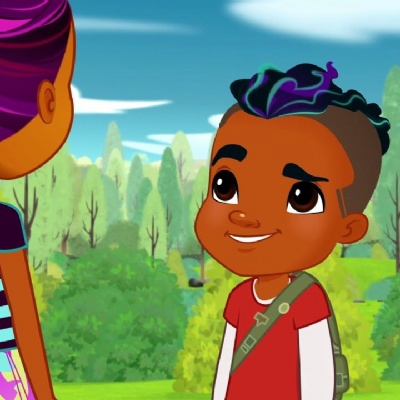 13-year-old Nathan has been cast as the voice of Junior, a new character who will appear in Season 2 of the popular animated television show, which airs on British television channel Nick Jr.

Nathan Said: “When I was asked to audition I was extremely excited about the opportunity. It wasn’t easy but I am incredibly happy to be a part of the show!”

The programme follows the adventure of Sunny, a hairdresser who runs her own salon. With the help of her talking dog Doodle, she solves problems around the town of Friendly Falls. The show boasts a diverse cast of animated characters in which Junior will become a regular part.

Each episode features an original song, one of which will be sung by Nathan in his debut episode.

Nathan is no stranger to performing. Most recently he played the part of Gavroche in Rendcomb’s production of Les Misérables in December 2017. He is also a regular performer at the Coffee Concerts and music competitions held throughout the year at school.

Nathan also received his West End musical debut when he performed in musical comedy, Lazy Ace, in front of a sold-out audience at the Shaftsbury Theatre in June 2017.

Sunny Day was nominated in the ‘Outstanding Casting in an Animated Special or Series’ category of the Daytime Emmy Awards in 2018 following its first season and looks set to continue on its success in its 20 episode-long, second season.