This week the Year 8 pupils hiked through the beautiful Brecon Beacons in preparation for the start of the Duke of Edinburgh’s Bronze Award next year. 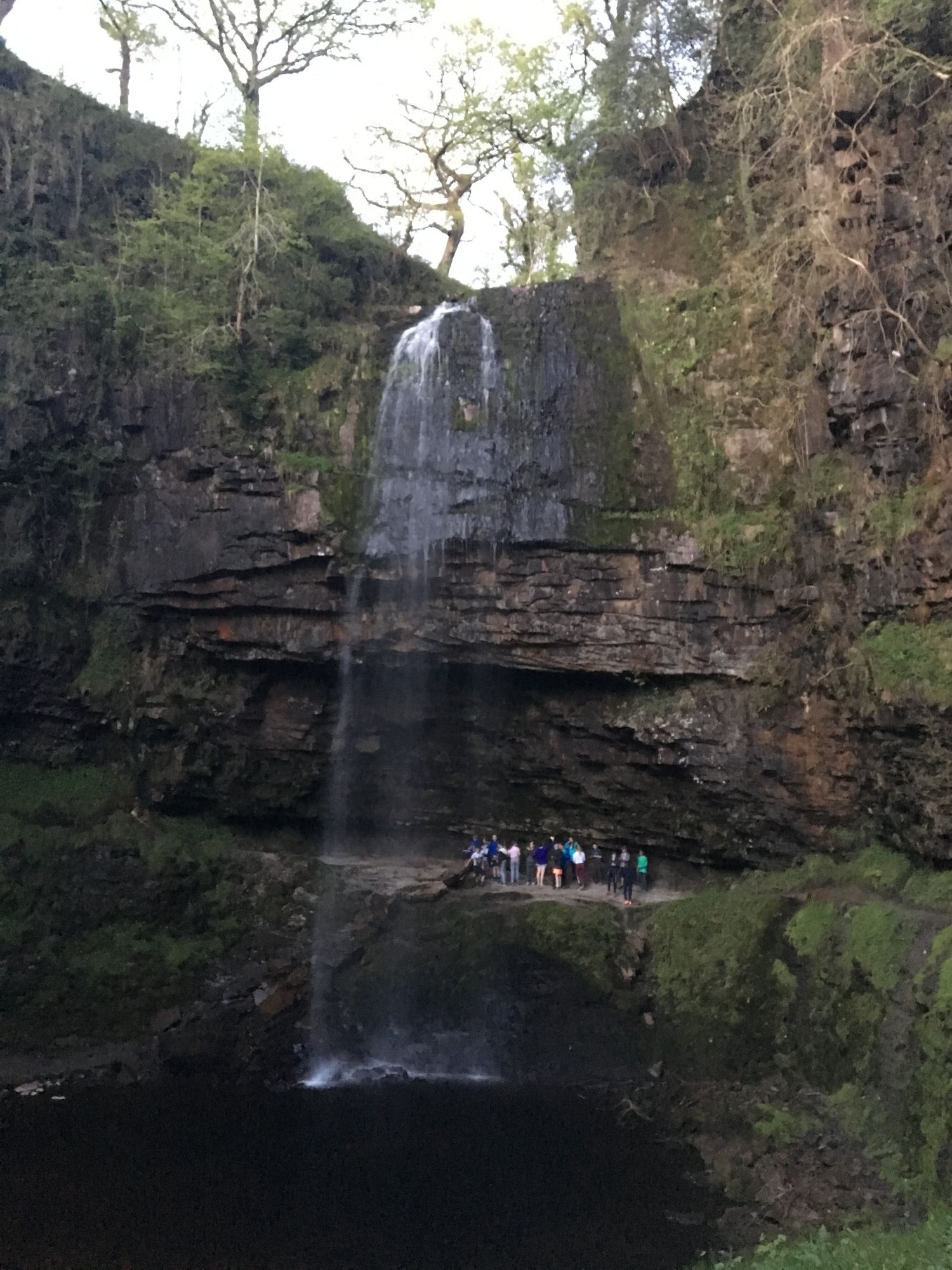 The students travelled to the Brecon Beacons on Monday to embark on two walks through the Welsh countryside, visiting waterfalls and hiking to South Wales’ highest point - Pen y Fan (886m).

On Monday, the group set off on a 4 hour walk through the Beacons’ “Waterfall Country” to visit several of the area’s impressive waterfalls, including Sgwd Yr Eira (Fall of Snow) and Sgwd Henrhyd, the tallest waterfall in South Wales with a drop of 27 metres (90 feet).

That night, pupils slept in the nearby Pen-y-Cae “Sleeping Giant” bunkhouse after enjoying a hearty meal and starlit campfire.

The following morning pupils left their base to tackle South Wales’ highest peak, Pen y Fan. They hiked the 8km round journey, coping well with the high temperatures and the 500m ascent. The group were rewarded with a spectacular panorama of the region from the summit.

Mr Brealy, said: “The pupils were fantastic in what was an ambitious challenge for them to get into the mind-set for their Duke of Edinburgh ‘journey’.”

Mrs Coups also commented: “They showed great teamwork to make sure everyone got to the top; although it was a tough journey they all stuck together and made it to the top as one year group!” 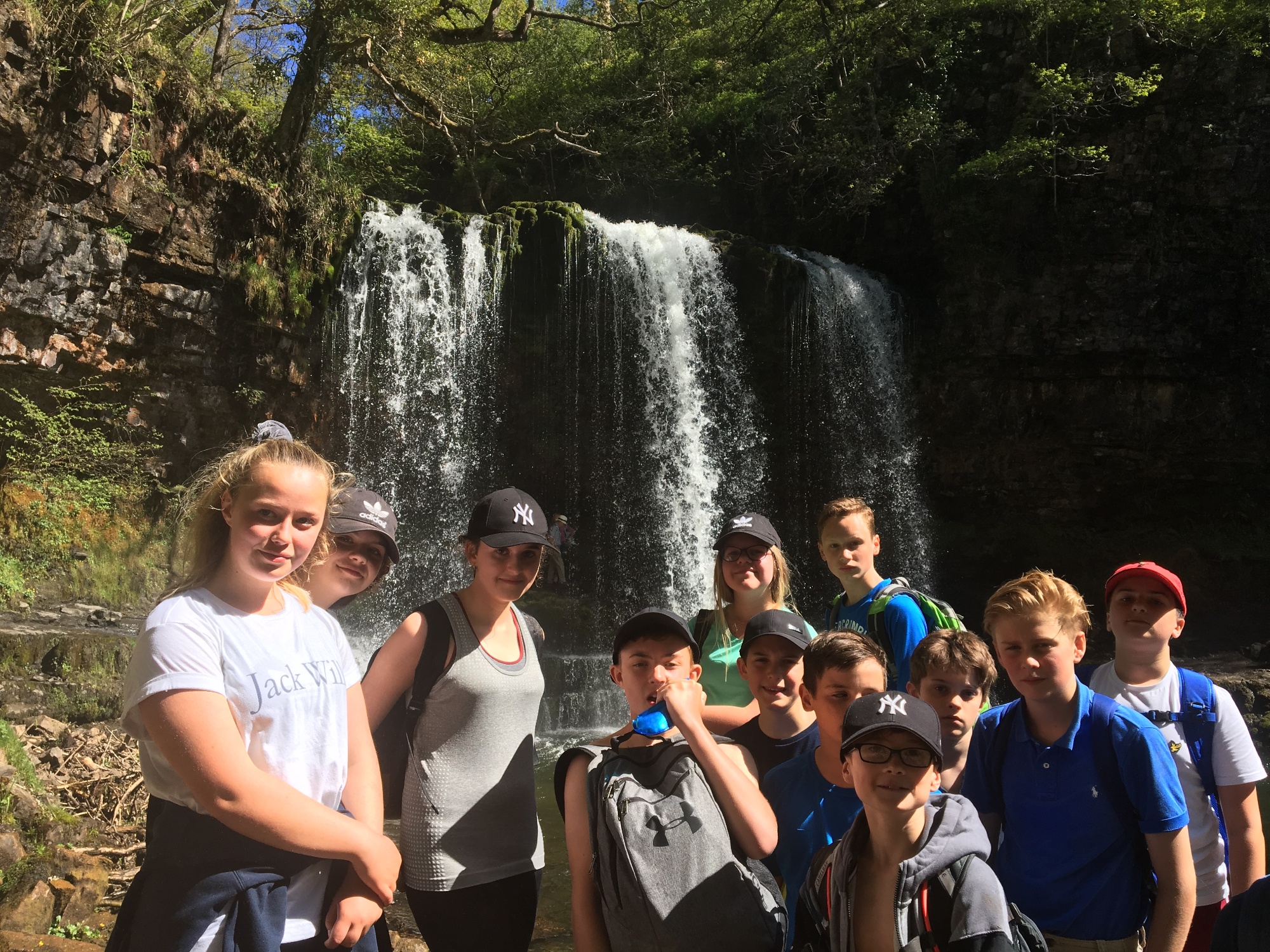 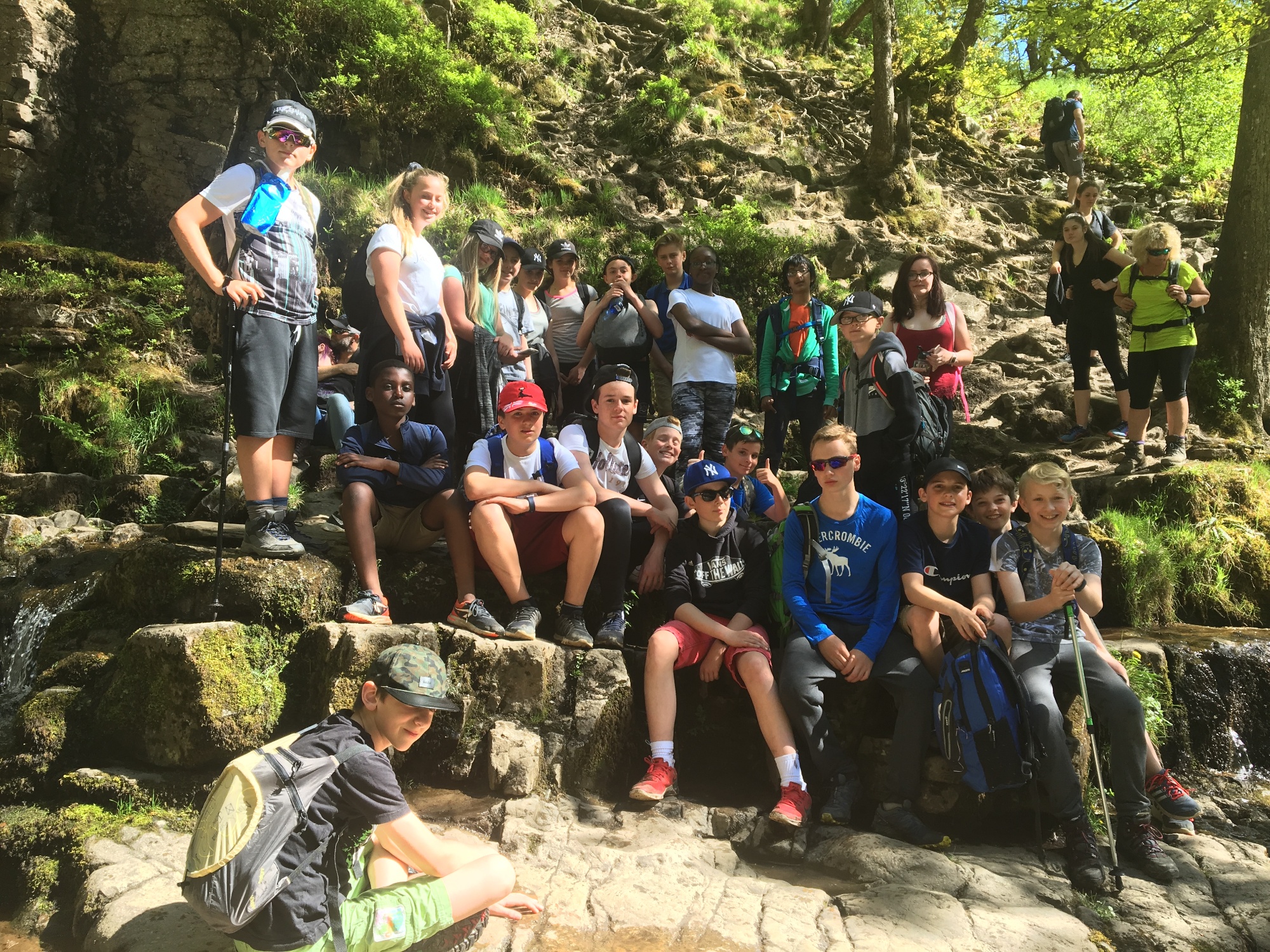 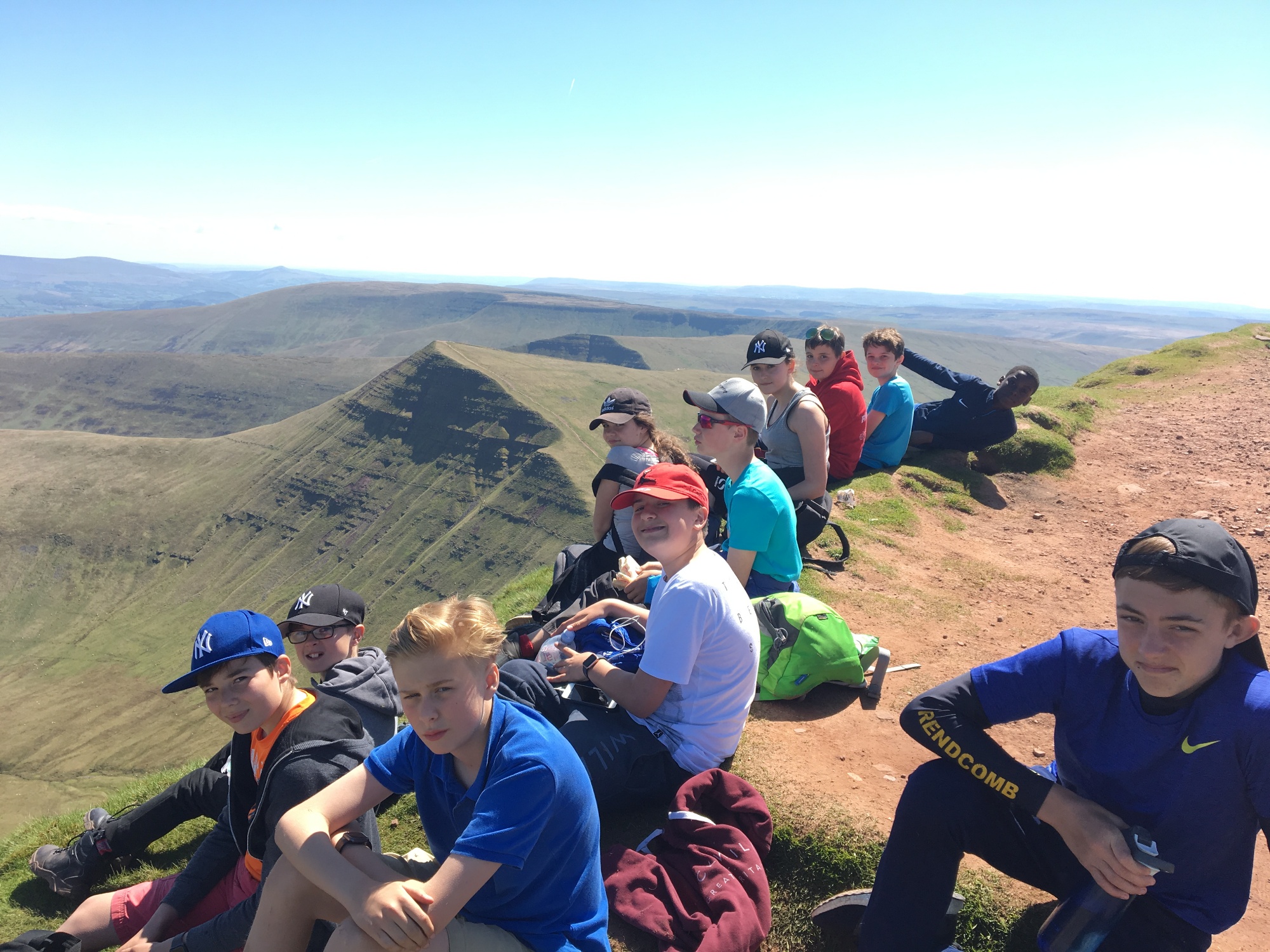