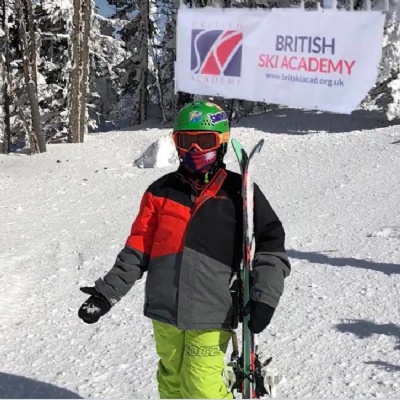 Year 5 pupil, Joe O’Reilly Burge, has been accepted into the British Ski Academy U12 training programme for the coming 2018/19 season.

10-year-old Joe spent his Easter break this year on the ski slopes of the Pila ski resort in the Alps, trying out for the British Ski Academy and this year’s U12 training programme.

The British Ski Academy is a bespoke ski school for 10 to 18-year-old's who are coached by ex-professional downhill racers. One of the coaches was Olympic slalom skier, Alain Baxter, who represented Team GB at three Olympic Games from 1998 to 2008. The Academy is recognised as the primary training programme for the next generation of downhill and slalom skiers.

Joe was assessed over the course of two days by the course director, Malcolm Erskine and coach, Alain Baxter. During his assessment, he completed a number of jumps including one that measured 10 feet (3 metres) in height and one called “The Spine” which measures 20 feet (6.1 metres) in length. The jumps were built for the British Columbia Provincial adult games which were held in Sun Peaks in March.