Girls in the senior school took part in a day of workshops and seminars led by women working in STEM industries as part of International Women’s Day 2018. 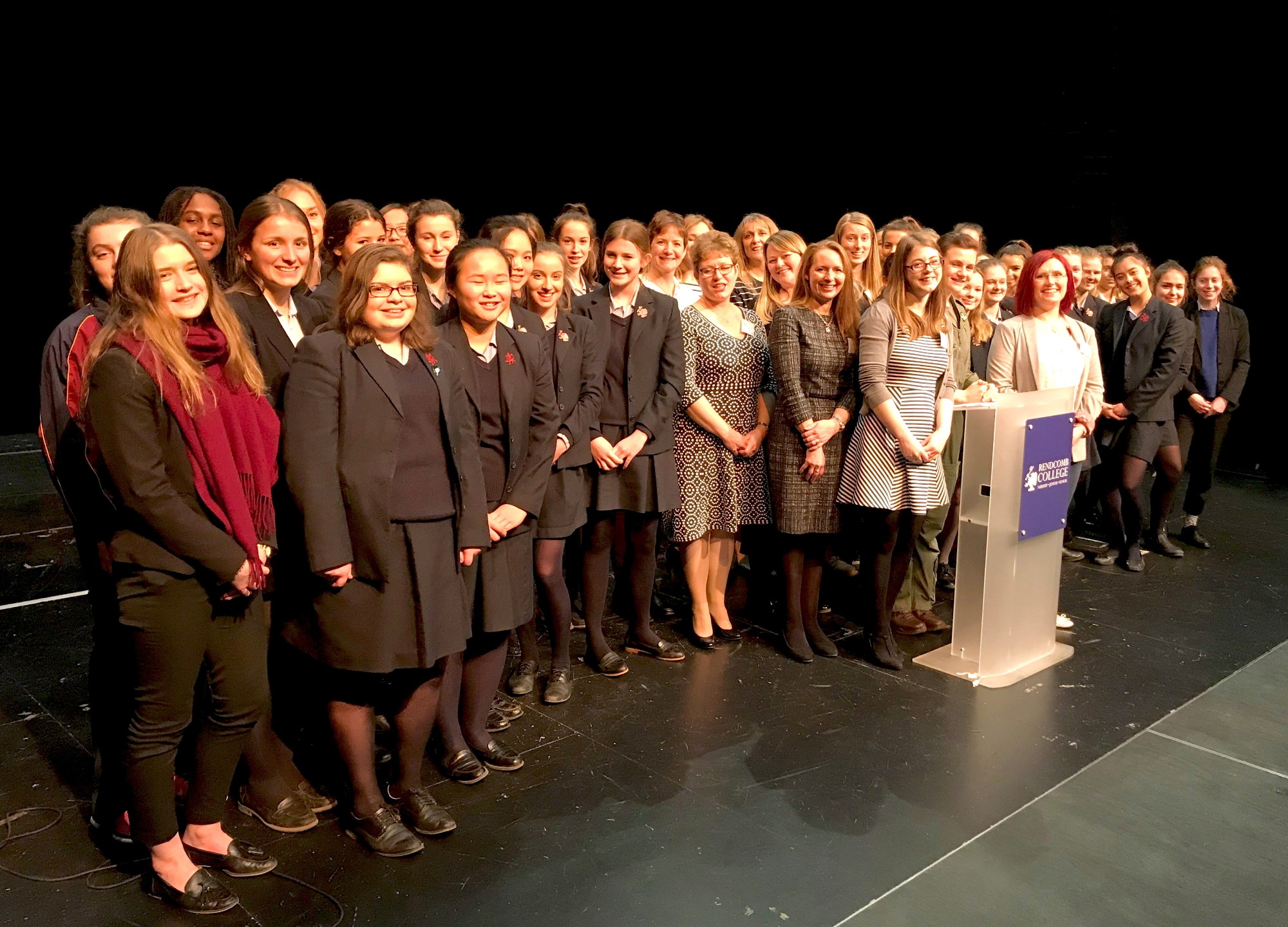 10 women, all who work in industries related to STEM (Science, Technology, Engineering and Mathematics) subjects, visited Rendcomb College on Friday, 9 March to share their extensive knowledge and careers advice to girls in Years 9 to 13.

28-year-old Lieutenant Madeline Pizzoni, a helicopter pilot in the British Army who is set to be flying the Puma later this year, spoke about her route into the armed forces. A self-confessed “girly girl”, Madeline told the girls about her selection process and how, being just one of four female pilots among 500, she is hoping to one day become a rotary instructor following a number of military tours.

Three colleagues from AWE, the Atomic Weapons Establishment, the company responsible for maintaining the UK’s nuclear deterrent, Trident, spoke about careers in STEM and how to open a few more doors into careers the pupils might not have considered. Sarah, their Diversity and Inclusion Manager, said: “We aim to have a 50:50 gender split on all new hires by 2020 and 13% BAME recruitment.”

"Don't ever let fear stand in your way,

there’s no pressure to make your mind up

about exactly what you want to do."

Heather McLeish, the Incident Communications and Coordination Lead at Microsoft, gave a strong message to the girls about their future saying: “They shouldn't ever let fear stand in their way and there’s no pressure to make their minds up about exactly what they want to do.” Heather began her career working in stage management for professional theatre companies, she went on to work in retail, recruitment and HR before her current role. At Microsoft, she said she: “Works with technical engineers to translate information into language that customers will understand.”

Emeritus Professor Averil MacDonald, a physicist and public speaker, had a similar message for the girls, saying that: “There is always a second chance.”

"Keep your minds open to

Rachel Williams, who works as an independent consultant for pharmaceutical companies around the world said that: “Girls should be able to do what they like doing, careers aren't linear and they will take knocks along the way. They should do what interests them and keep their minds open to different opportunities.” Rachel commented that in the pharmaceutical sector, she has never come across gender prejudice and, in all of her roles, she has noticed and even gender split in the workplace.