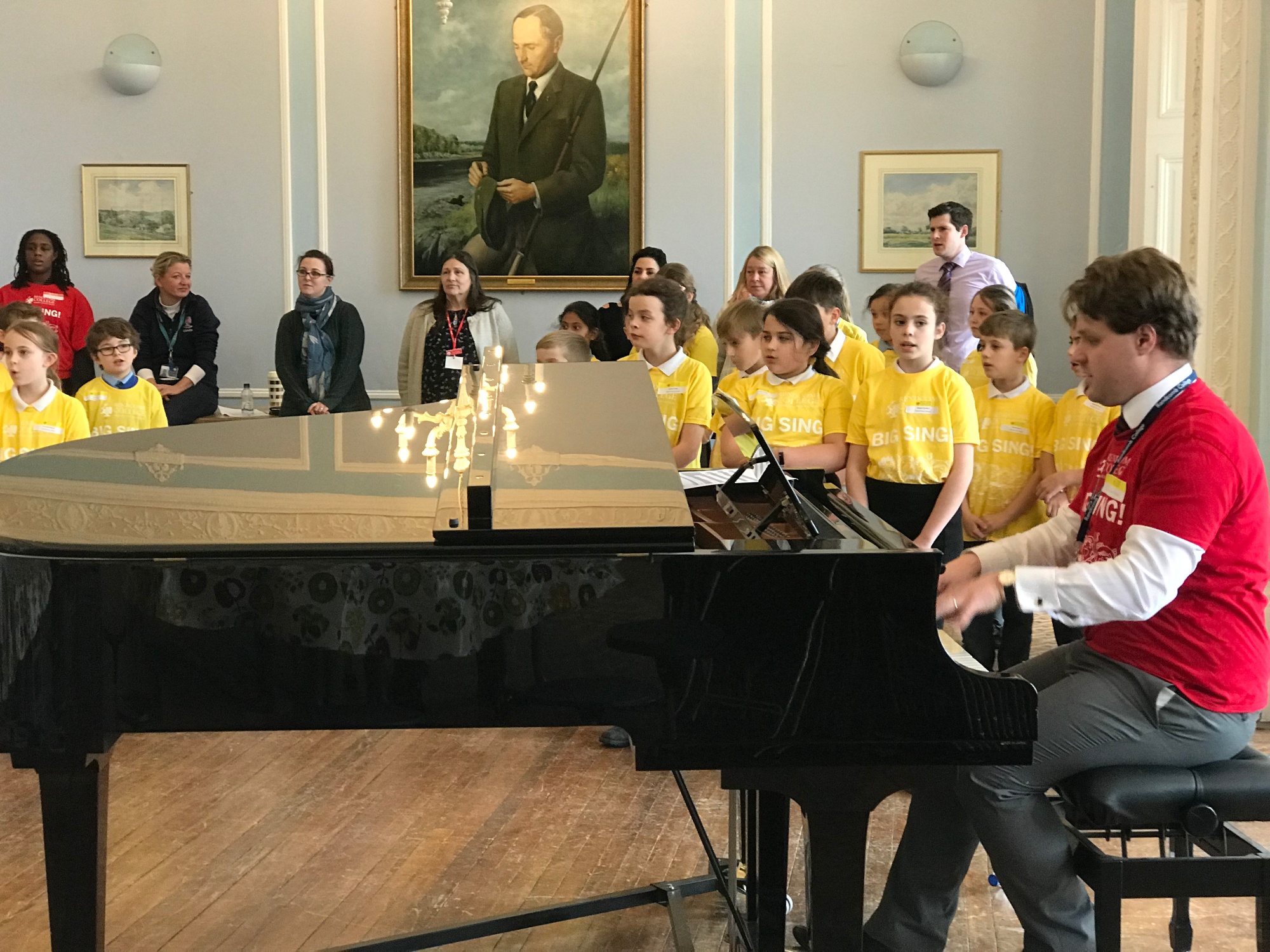 The 9 and 10-year-old's spent the day with Rendcomb College’s specialist music teachers, learning three new songs which would later be performed in front of parents in the finale concert.

Head of Junior School Music, Laura Hayward, said: “It was fantastic to see so many children enjoying singing and performing in the Griffin Theatre. They brought lots of enthusiasm and energy. We look forward to the next one!”