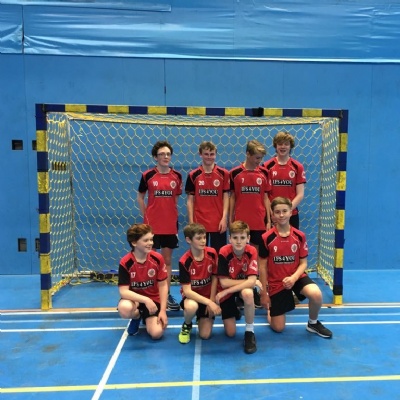 Year 9 pupil, Dylan Summers, has been selected to represent Gloucestershire in the coming Handball season.

14 year old Dylan has been selected for the second time to represent Gloucestershire at Under 14 level.

The squad has already begun preparations for the season with a number of inter-county tournaments on the horizon. The tournaments are held all over the country and Dylan will be a key part of the team.

The first tournament was held on Saturday, 3 February against teams from across the South-west with Gloucestershire winning one, drawing one and losing one. Dylan scored a handful of goals in an impressive display.

Handball is an Olympic sport and is steadily rising in popularity in the UK. Handball involves two teams of seven players and the game combines various aspects of Basketball, Netball and Football.