During the one hour session, Alex discussed a number of topics while talking about one of his most interesting and perilous journeys to date.

Alex fell in love with polar exploration during his time at Oxford University where he studied Wildlife Biology and was heavily involved in the Exploration Club. After a year with the Marines, Alex set out to break the world record for longest unsupported polar journey in history, which he completed at the young age of 21.

Following this success, he announced in 2012 a multi-month expedition to reach the North Pole, unsupported, from the last feasible starting point, Qaanaaq. The expedition, dubbed “The Dark Ice Project,” was the focus of his talk to the Rendcomb College stud

ents as he spoke about the challenges he faced from the second they set foot in the arctic conditions of Greenland.

The Dark Ice Project was abandoned on two occasions, first in January 2012 and second in August of the same year. His second attempt, cancelled due to adverse conditions, led him to integrate with the Inughuit community and led him on an unexpected journey.

In his talk, Alex explained: “We contacted everyone we could to get a quote for a rescue out of Qaanaaq. The only people that could rescue us were the U.S. Airforce who quoted $6m for the rescue, so we had little choice but to stay there. We set up home within the local village and bought packs of dogs and decided to learn how to drive sled-dogs.”

During the talk, Alex told the tale of his journey, learning from the locals about the immense land that surrounded them and how to control the dogs, the methods used to cope when things go wrong, while also sharing some truly stunning photographs and hilarious stories about his favourite dog, Dave.

The key message from Alex clearly hit home with the students with one saying: “It’s great to hear from someone that you don’t need to follow the same careers as everyone else.

“The fact he followed his passion and turned what he loved into a career gives me, and hopefully others, hope that if we don’t find what we want to do at a careers fair that if we work hard we can turn anything we want into a future.”

Jacqui Noel, Head of Sixth Form, echoed the sentiment and said: “I think this was exactly what students needed to hear. I don’t think I’ve ever heard so many questions put to a speaker before!” 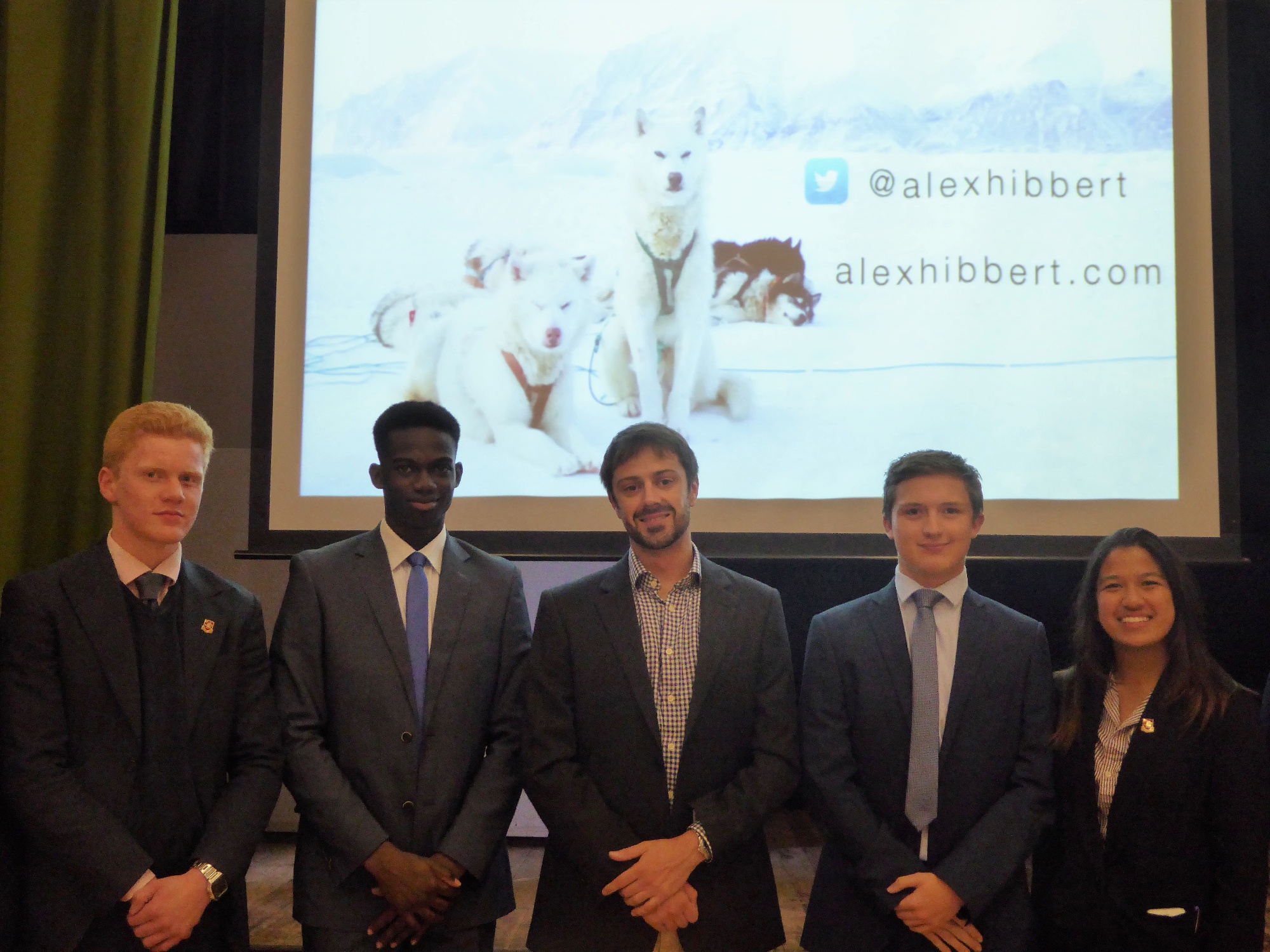 Sixth Formers take part in a full programme of cultural enrichment each week. Guest speakers are invited in to Rendcomb College to share their skills and experiences. The enrichment talks are designed to expose students to intellectual and cultural challenges outside their immediate academic disciplines.

Join us for an exclusive introduction to Rendcomb College Sixth Form for all pupils in years 10 and 11 and their families.

The event is open to current Rendcomb families and prospective families looking to join for Sixth Form.

Meet the Heads of Departments and discuss the wide variety of  A Level options available to all students. The options span across 24 broad subject areas including core areas such as Science and English and extending to new subjects such as Travel and Tourism and Product Design.

Guests will also experience first-hand our Sixth Form provision including our Independent Living House; a unique opportunity for pupils to prepare for life after school, University and beyond! Pupils and Parents may also meet the members of staff involved in awarding 16+ scholarships in academia, art, drama, music and sport, and gather more information on how these may be applicable to their child.