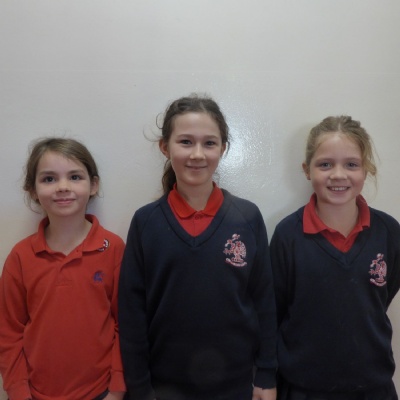 Three pupils in Year 4 will have their creative writing stories published this week after being selected following the judging of 40,000 entries in a competition run by Young Writers.

This year’s theme for the competition was ‘Crazy Creatures’ and the three 8-year-olds let their imagination run riot with their creative stories.

Maria, Cleodie and Amelia entered the Young Writers’ Crazy Creatures competition in October 2017 and their entries will be published this Saturday, 30 September in the ‘Crazy Creatures – Warwickshire & Gloucestershire’ book which will be available to buy online and in supported bookstores. The girls’ stories will also be considered for the overall grand prize.

Gavin Roberts, Head of Juniors at Rendcomb College said: “In the prep school, we are always looking at ways for our pupils to put their learning into practise and all the pupils who wrote ‘Crazy Creature’ stories enjoyed the task immensely and deserve praise for their efforts. For anybody to be a published author at 8-years-old is a wonderful achievement, well done!”

The competition, which is now in its 26th year, encourages children to engage with creative writing. This year, children were asked to create a ‘Crazy Creature’ and write a mini-saga about them – in no more than 100 words.

Cleodie’s story, ‘The Cheeky Chick’ saw her creation embark on an egg-straordinary adventure, while Amelia’s creature, ‘Mr Foxy Fox’, used his cunning intelligence to get through his journey. Maria’s imagination led to the making of a monster made out of musical instruments who terrorised its victims in her off-key story, ‘Music Madness’.

The Young Writers was established in 1991 and aims to encourage young people to engage more in creative writing. They do this primarily by holding numerous poetry and creative writing events throughout the academic year for ages 3 to 18. The association also provides free resources to both teachers and pupils while also hosting a number of online workshops to further develop their skills.