Rendcomb College was thrilled to hear from Dave Hughes, an Old Rendcombian (1991-98), who has recently founded ‘Cotswold Scrubs’. It is a project which he set up to provide scrubs to frontline NHS workers and care home workers which have been made by locals who have volunteered to sew them in the Cotswolds. 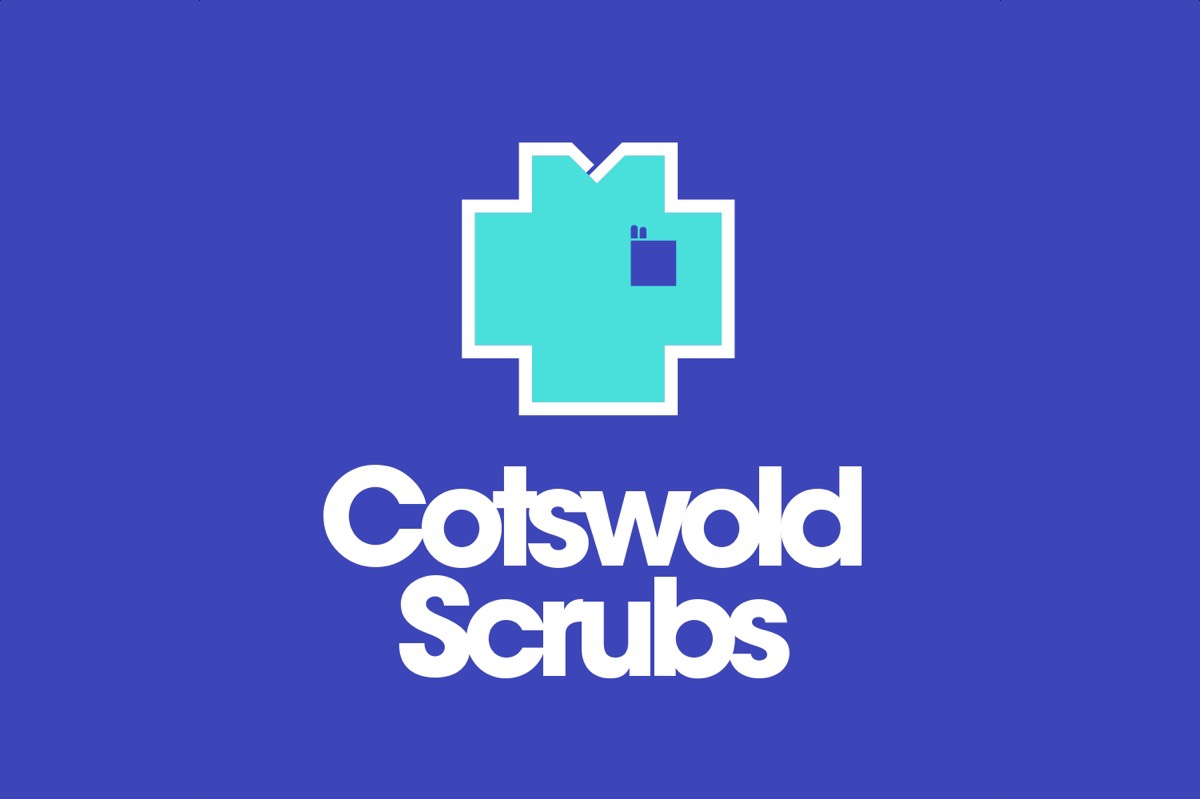 There are currently over 350 volunteers, with at least 15 local hubs, who are busy sewing and cutting out fabric. There are other volunteers who deliver material and collect the sewn scrubs as well as those who are involved in the administration side of the charity.

Since leaving Rendcomb College and university Dave has spent the last 20 years in the Events business and has been back working for the family  business in Cirencester, ‘Cotswold Curtains’, for the last 4-5 years.

When asked what gave Dave the incentive to start the project he said: “I lost my cousin Paul to Covid-19 at the end of March; he was in the same business as me running ‘Cotswold Blinds’ and I wanted to do something in memory of him that would really make a difference.  It was when I received an email at work from a local group of people who wanted to start making scrubs for the NHS in Cirencester that I realised that this was an area where I had a lot of contacts in the soft furnishing world.  We needed to go big, or go home! Our team at ‘Cotswold Curtains’ then partnered up with another blind company, ‘Shades & Shutters’, to make this epic project happen.”

Dave then set up a ‘GoFundMe’ page: https://www.gofundme.com/f/cotswoldscrubs. 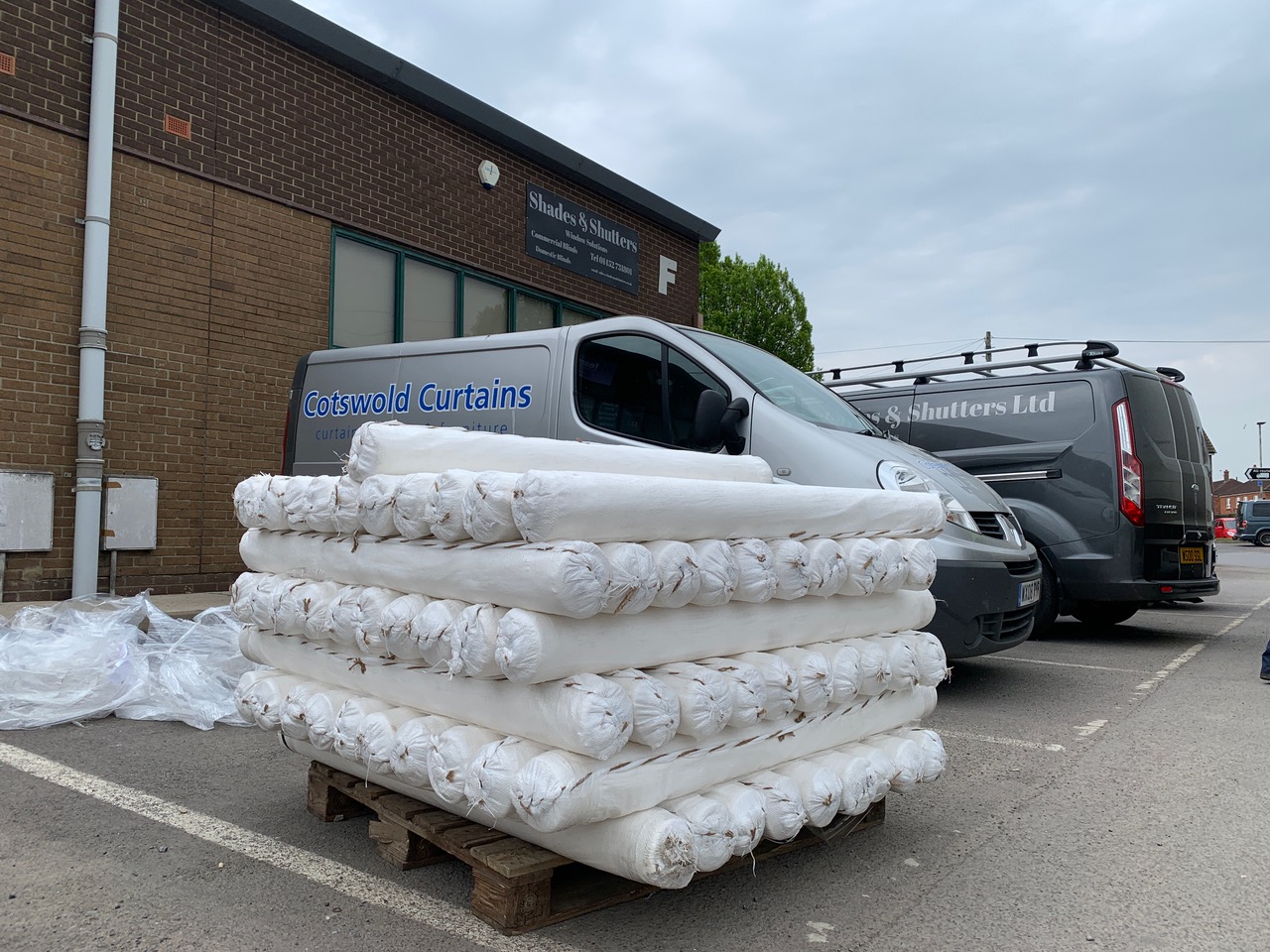 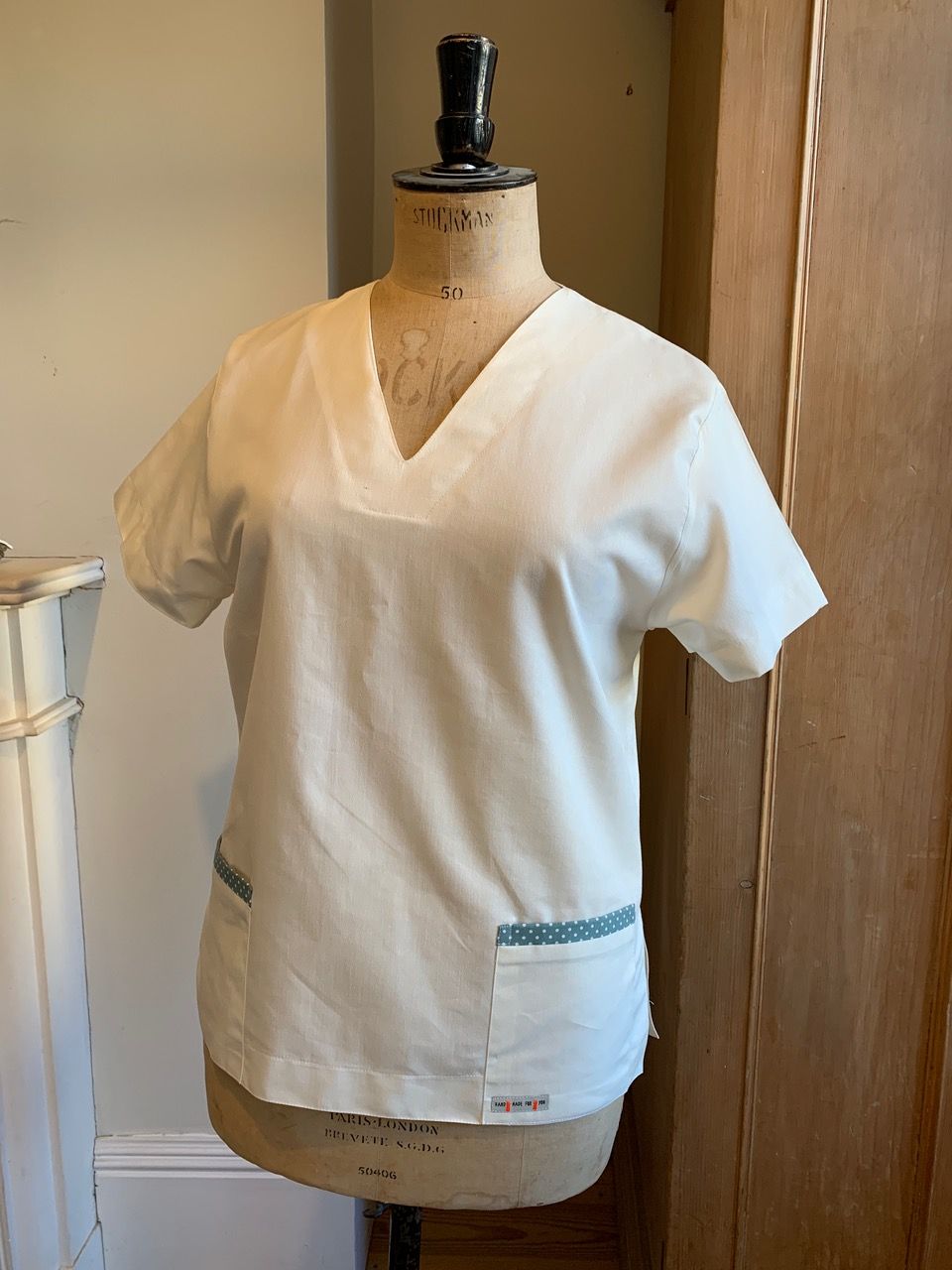 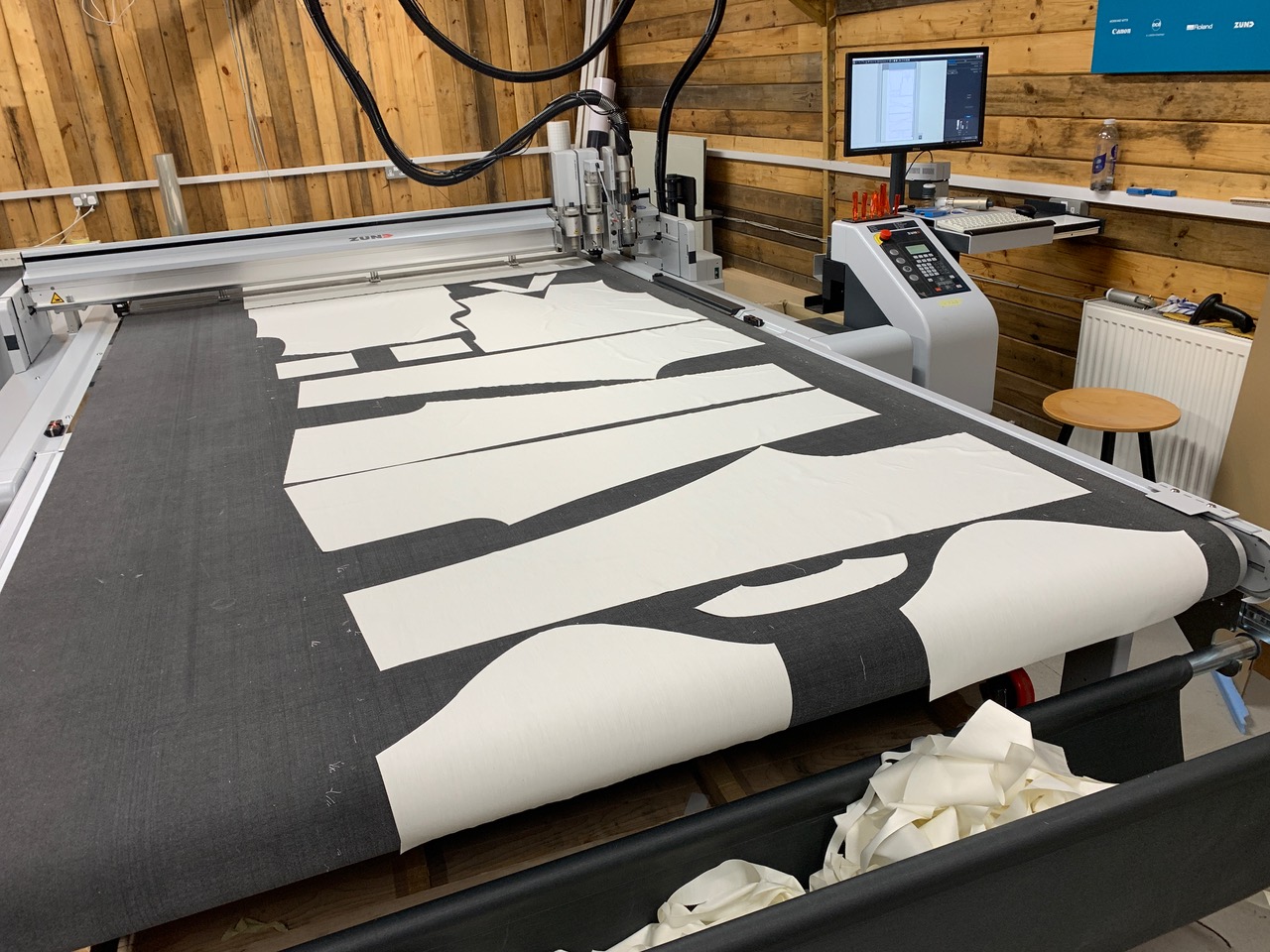 To date, the project has raised over £19,000. The money is used to buy the fabric, chord and thread. So far they have bought 10,200m of fabric and are well on course to make an impressive 3,500 scrubs from the white, black and grey fabric plus other scrubs made from donated fabric. Everything has been crowd-funded, volunteer-made and will be gifted to those in need.

Since the beginning of April the project has gone from strength to strength after the first set of scrubs were given the go-ahead for use in the Departments of Critical Care (DCC) for both Gloucester Royal and Cheltenham hospitals.

The other scrubs which are being made are distributed to wherever else they are needed such as the Oncology Department in Cheltenham, the Medical Centres in Moreton-on-Marsh and Tewkesbury as well as local doctors’ surgeries, community care nurses, health visitors and funeral directors. Only today Dave has received a request for sets of scrubs to go to the Sue Ryder Leckhampton Court Hospice. 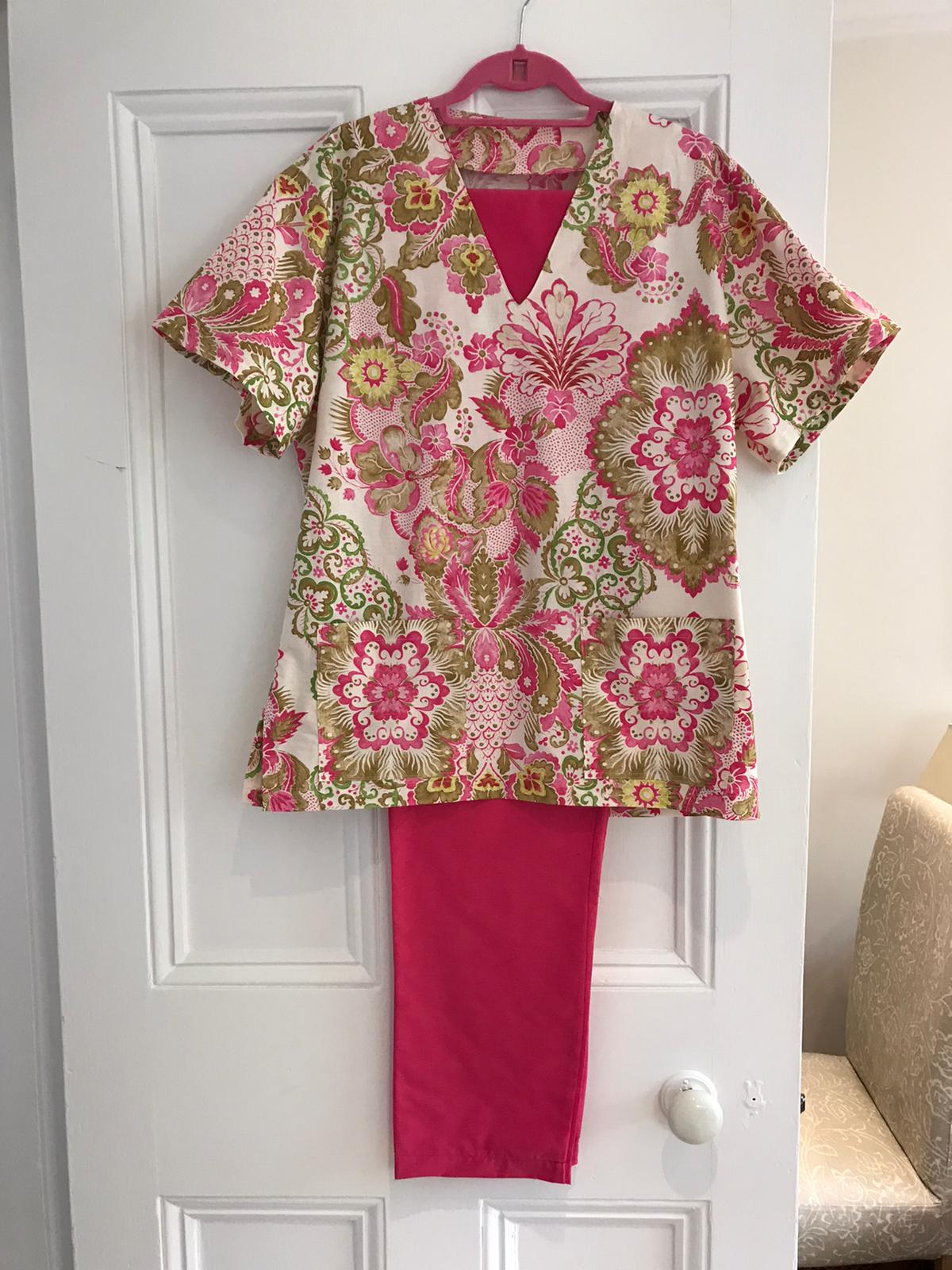 The donated fabric scrubs, which often have colourful patterns, go to local community care establishments. The Cotswold ‘sewing army’ has also been making wash bags for the scrubs to go in using pillowcases and off-cuts of material.

Dave’s parents, Sue and Clive, have been busy cutting out scrub patterns on their kitchen table. ‘Shades and Shutters’, ‘Prestbury Upholstery’ and some costume makers on the Shurdington Road have also been helping to cut the kits out.

Meanwhile, ‘Cotswold Printing Co Ltd’ in Quedgeley has offered Dave the use of their CNC cutting machine during out-of-office hours; this means that 30 scrub sets can be cut-out by the machine every hour; due to this Dave is able to cut, on average, 120 sets a night.

If you are good with a needle or sewing machine and are looking for a way to help our incredible NHS Heroes you could join the Cotswold Scrubs group and you will be put in touch with your nearest Hub. They can supply fabric already cut out for you with instructions or they can supply larger quantities of fabric and patterns if you have the ability to cut out for yourself.

If anyone has any contacts who have access to a CNC cutting machine Dave would love to hear from you. 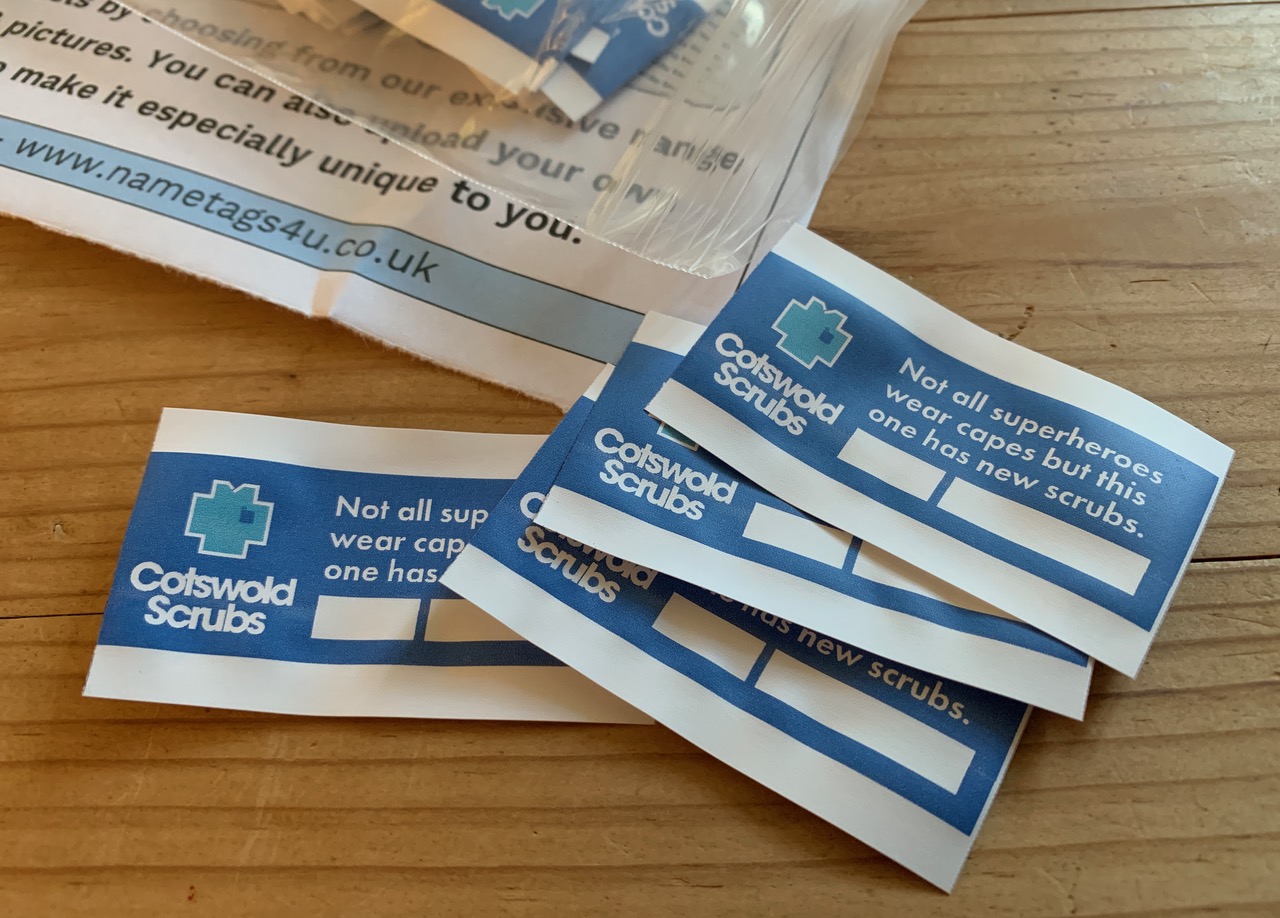