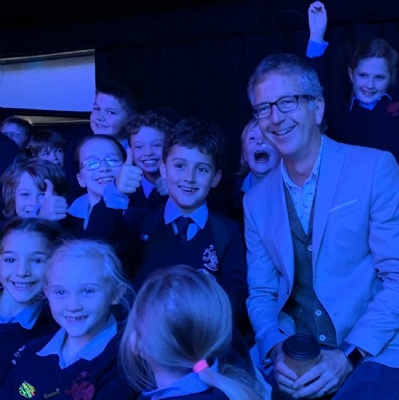 Junior pupils at Rendcomb College were lucky enough to go and see Martin Brown at the Cheltenham Literature Festival. Martin Brown is the illustrator of the hugely successful Horrible Histories series, which have sold over twenty-five million copies worldwide. The pupils went to find out more about Lesser Spotted Animals, the first book he has both written and illustrated.

Miss Morrow-Brown, the Year Four teacher at Rendcomb College Junior School said: “All the children loved seeing Martin Brown at the Festival. They were so inspired by his work that they produced their own poems and illustrations which we made into a little book.” She sent the book of the children’s work to Martin Brown alongside letters and drawings from the Year 2 class.

The children and staff at Rendcomb College Junior School were so delighted when they received a reply from Martin Brown.

Martin replied: “Wow. I am somewhat speechless. I’m always encouraging everyone to have a go at drawing and to look up unknown animals but I never expected to see something as wonderful as what your brilliant Year fours have done. Thank you so much for sending me a copy. I’ve been showing it around all weekend. The poems are fun and thoughtful and the drawings are fantastic. I hope everyone involved is justifiably proud.” He was thrilled to be able to answer all the questions that the Year 2 pupils had asked him.

He also sent the Year 4 class a special poem:

The kids that go to Rendcomb College

Must be stacked with tons of knowledge.

And talent and skill and art,

Better by far than all the rest.

Their animal poems are distinctly fine,

The drawings ace, the writing divine.

I wish I could write as well as them.

But when I try, my rhymes go wrong.

Miss Morrow-Brown commented: ‘I am so proud of everything my pupils have achieved and we were delighted to receive a reply from Martin Brown. The fact that he also wrote a special poem about my class was totally unexpected but a really lovely surprise.”

Take a look at their some of their poems and illustrations below: 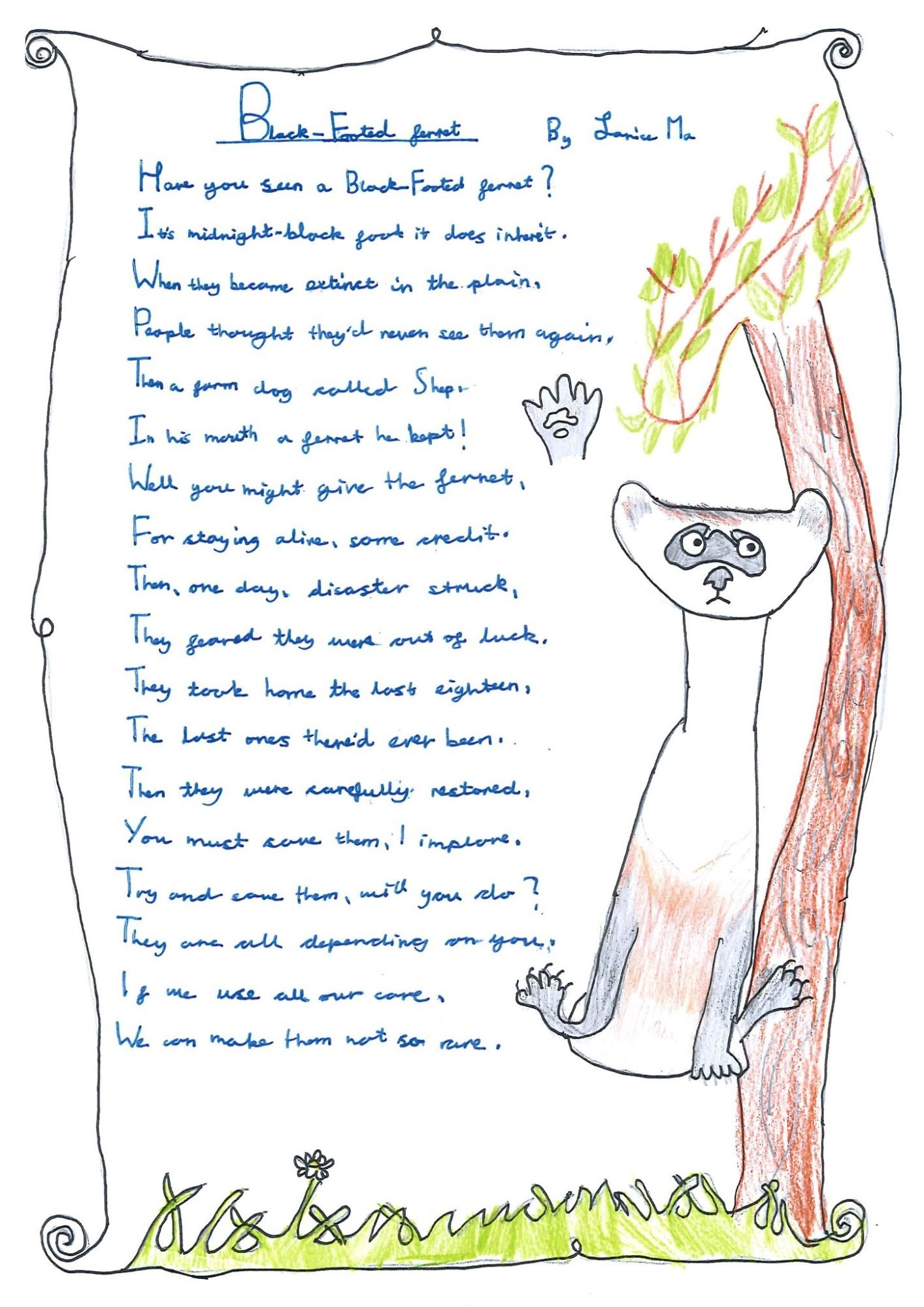 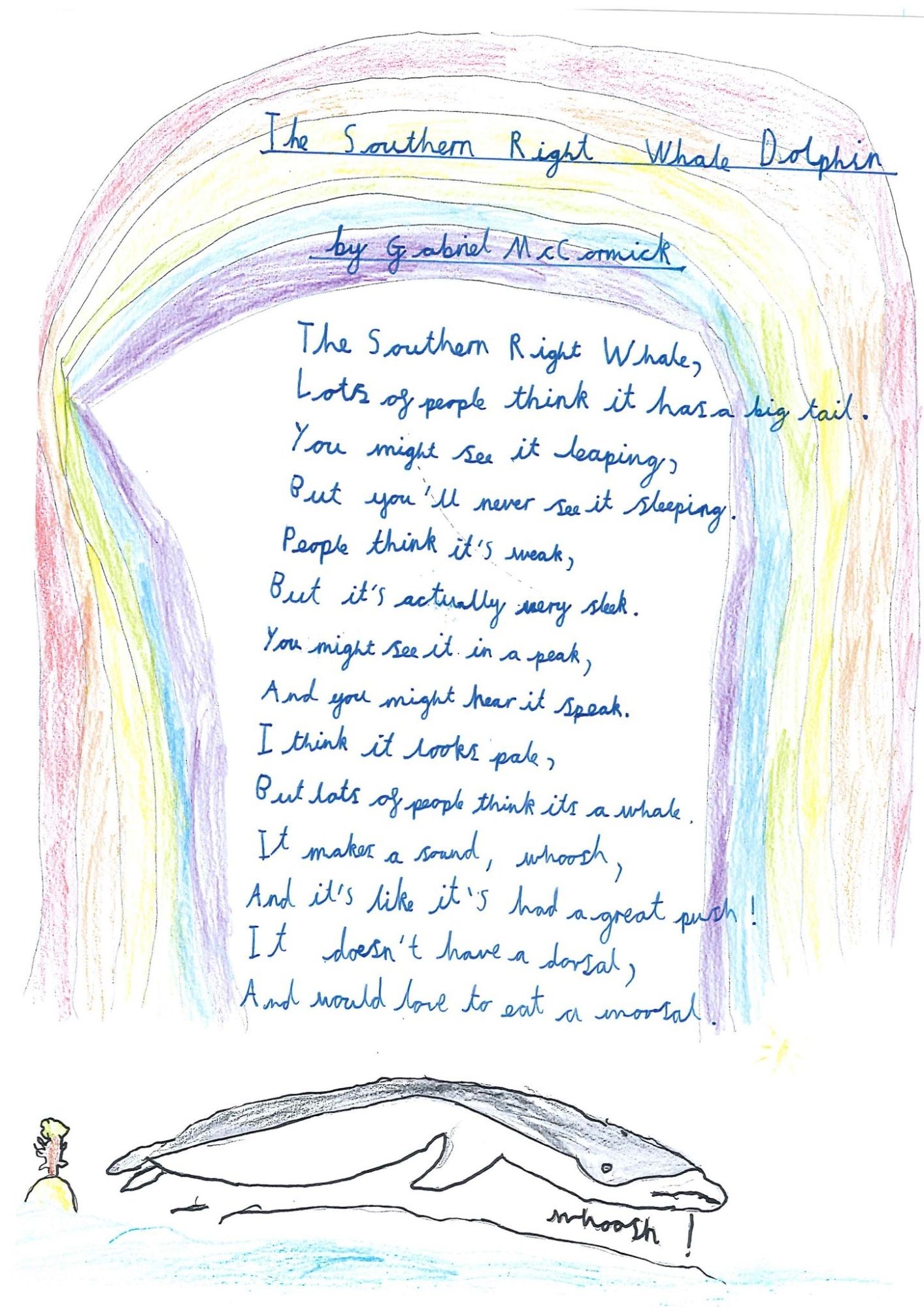 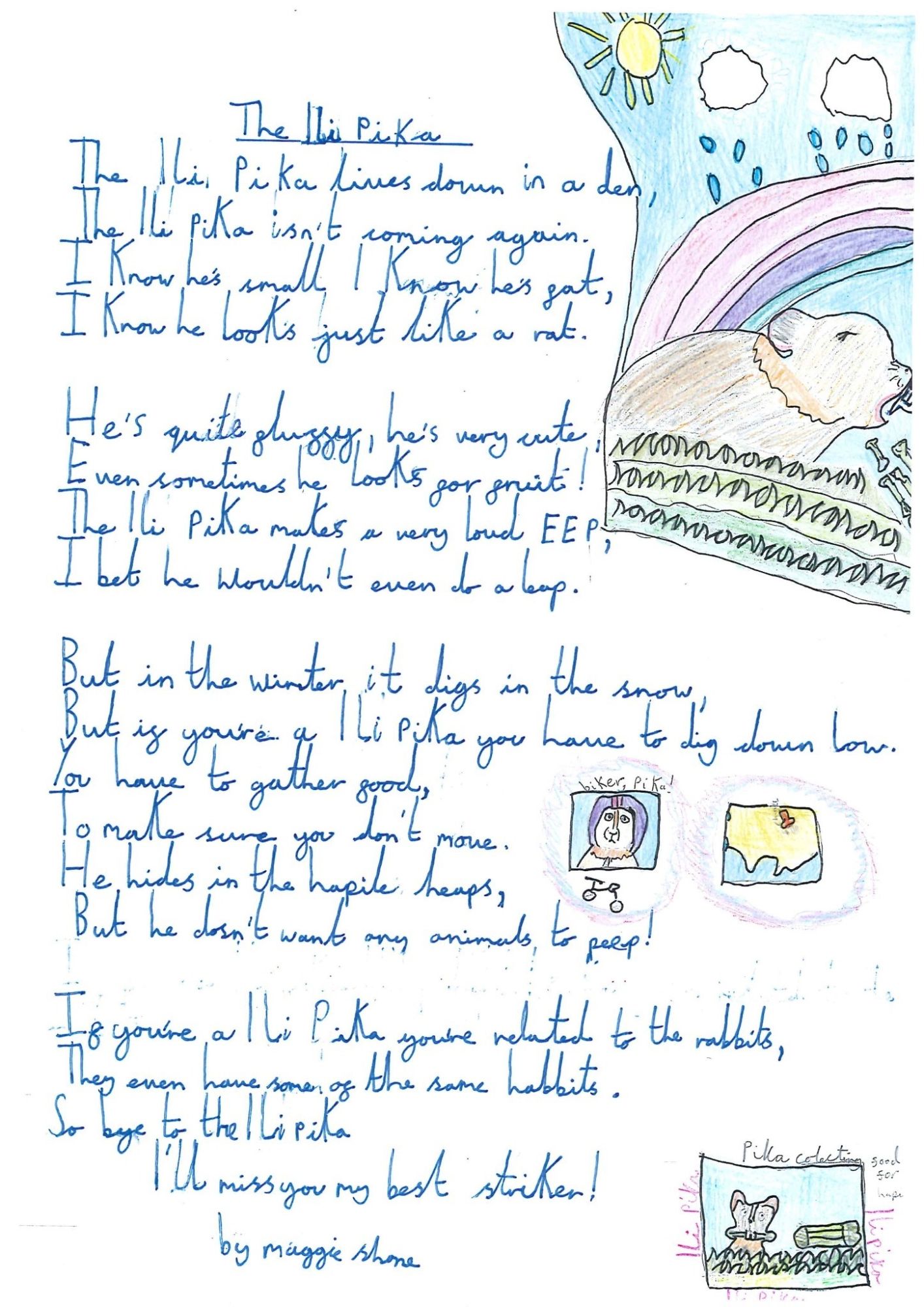 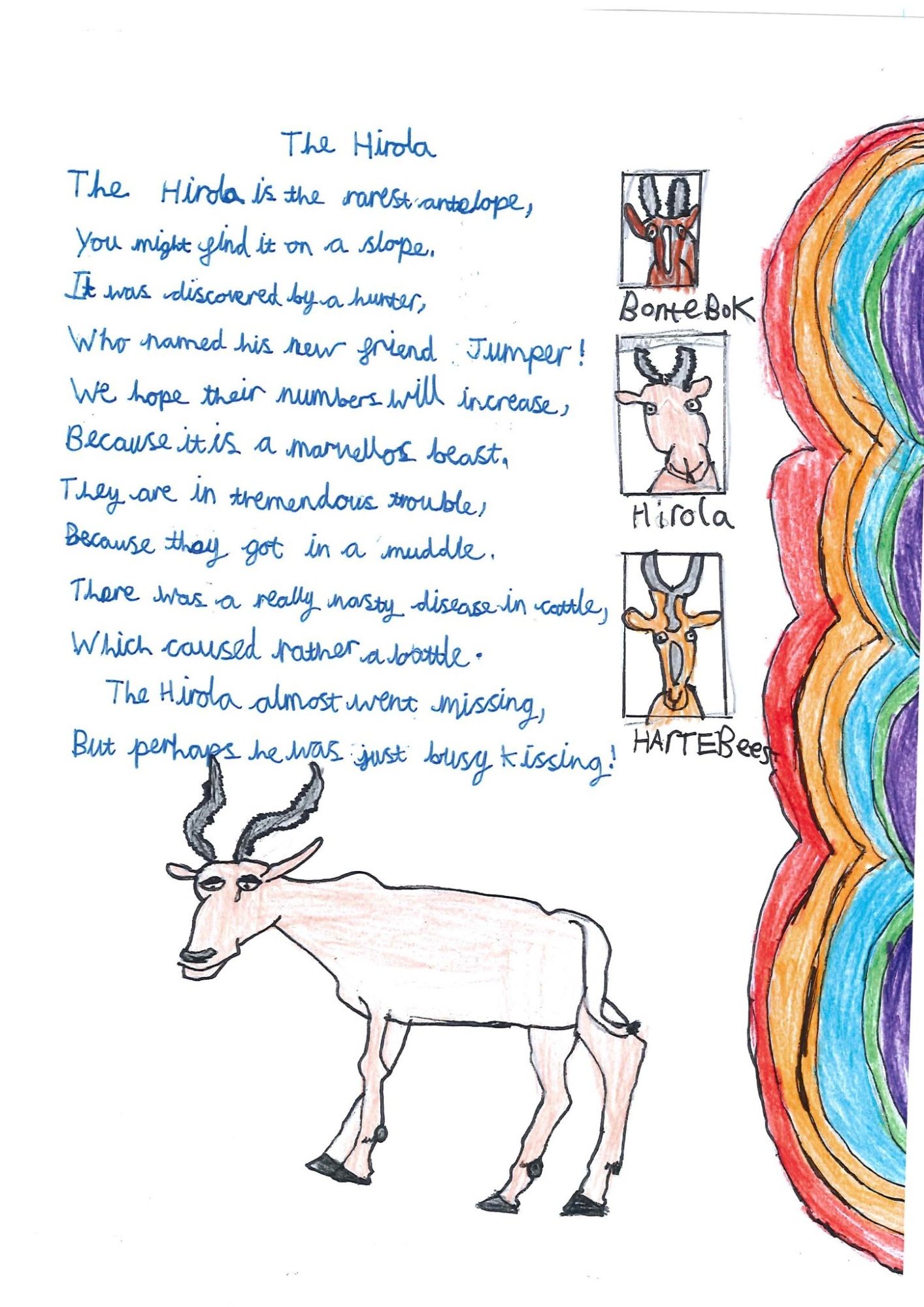