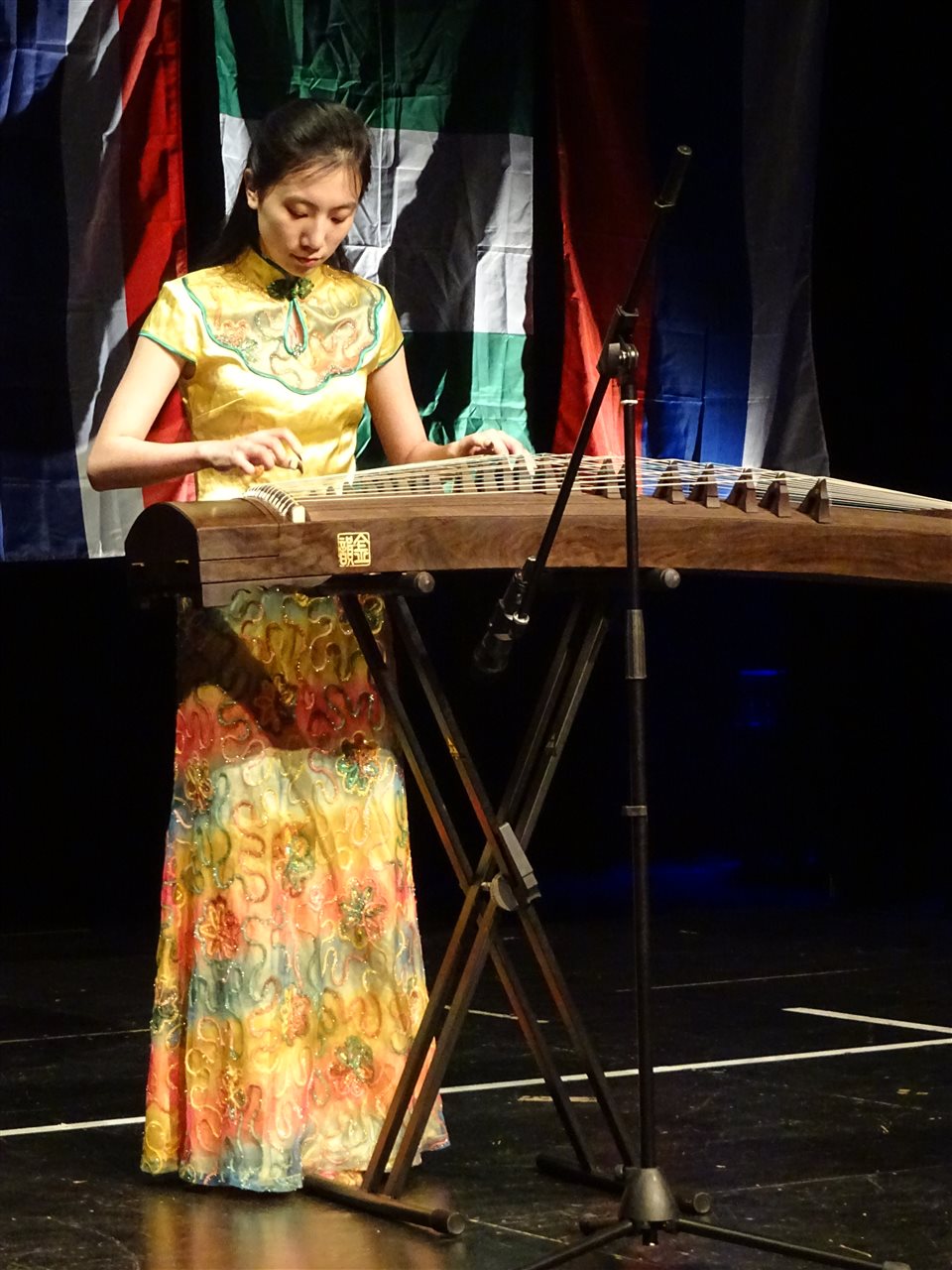 Students and staff were treated to an evening of musical entertainment and cultural experiences with a delicious buffet during the interval.

Performances included a solo vocal performance of Ver Borgenheit and Love Me Tender, dance performances from our UK, German, Japanese and Thai students, and piano performances. This year we were also joined by pupils from Morioka Daiichi High School in Japan who performed a Japanese festival.

The countries that were represented on stage were China, Japan, Nigeria, Italy, Germany, Thailand, although the audience held students of many other nationalities such as Spanish and Kazakh. Highlights were the wonderful dances and Polly playing her guzheng, a Chinese zither (pictured right).

Pupil Nicolas Zhu said the evening was: "Magnificent," and fellow pupils Ada Tian said: "It was a great opportunity to stand out and sing in front of people."