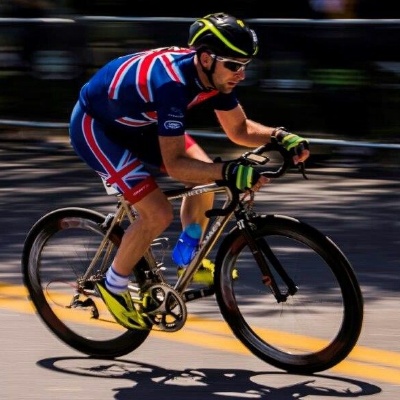 The future of our boarding school alumni is important to us at Rendcomb and we are very proud of what all of our students go on to achieve when they leave us.

Here are just a few of Rendcomb's Boarding school students and what they’re are doing now:

Richard is an award-winning magician and member of the Magic Circle. Here is what he had to say about his time spent at Rendcomb:

“I went on two fantastic art trips to Amsterdam and Paris with Mr Griffiths and team and I loved being in the art room – the art teachers were a bit more maverick than the others, almost like friends. They treated us as equals and really loved life and art and expressing yourself, I think back to my time in the art block really fondly and I’m pleased that I did Art A level, even though I don’t paint any more.”

Andrew left Rendcomb and went on to be a serviceman, teacher and Invictus Games Champion.

We caught up with Andrew  to find out what he thought of life at Rendcomb:

“I think that my career and my future was built upon the time I spent at Rendcomb. Without the fantastic teaching and prep time support, I wouldn’t have achieved such good results. My love of everything outdoors was bred from the opportunities we had in so many sports and activities at the school.”

After leaving Rendcomb in 1984, Jonathan’s career went from strength to strength. Starting out as an electrician’s mate, he went on to become the Technical Director at the National Theatre.

He now oversees over 300 technicians at the National Theatre and together they realise  20 productions every year.

After leaving Rendcomb Maria went on to study at the University College London where she received her medical (MBBS) degree.

She became an honorary consultant in clinical genetics at Great Ormond Street Hospital and a professor of human and molecular genetics at the UCL Institute of Child Health.

Her pioneering research group at the UCL Institute of Child Health, work in collaboration with others in Europe to identify a number of genes responsible for syndromic and non-syndromic forms of deafness.

We were very sad to hear that Maria Sadly died in a cycling accident last year.

After leaving Rendcomb, Issy has had amazing success as the next female star of GB paralympic pistol shooting.

In 2016 Issy headed to Rio with her teammates to compete at her first Paralympic Games.